Monteverde is a small town in the province of Puntarenas. Approximately a three hour trip from Juan Santa Maria airport. Monteverde is considered an important ecotourism destination in Costa Rica. The area is perhaps best known for the Monteverde Biological Reserve and many other private reserves, which attract a considerable number of tourists and naturalists interested in mountain and tropical biodiversity.

What is now considered Monteverde was founded, starting in 1950, by Quakers from the United States. Most of the group came from Mobile, Alabama, and included people who were not Quakers but pacifists and conscientious objectors. The spokesman for the group was Hubert Mendendall, a milkman who had visited Costa Rica in 1949. These Quakers and pacifists chose Monteverde because of its fresh climate, which facilitates milk production, and because Costa Rica was considered a peaceful country, and without military forces. Mendenhall noted that the soil was fertile and the people were friendly, too. The Quakers also guarded a large expanse of land for conservation. This reserve, which was named the Monteverde Cloud Forest Reserve (Monteverde Cloud Forest Preserve), has become a major tourist attraction.

Imagine walking through the clouds thousands of feet above sea level. In the Monteverde Cloud Forest Biological Reserve you can embrace the cloudless atmosphere, which serves as one of the most coveted ecotourism destinations in Costa Rica.This place has wonderful diversity of flora and fauna there is! No doubt that the cloud forest of Monteverde is a true paradise for nature lovers.

For visitors, there are great variety of ways to explore this reserve. The trails are very well maintained and are perfect for day trips or tours. Visitors can also enjoy the panoramic views from the "La Ventana" viewpoint, which has beautiful mountain views along the Cordillera Central.

Scientists and tourists have since found a very high biodiversity, consisting of more than 2,500 species of plants (including most species of orchids in one place), 100 species of mammals, 400 species of birds, 120 species of Reptiles and amphibians, and thousands of insects.

Tour of Trapiche in Monteverde

The Monteverde Trapiche tour takes place on a beautiful estate. The two-hour tour consists of a hike along an easy trail with a bilingual guide and at the end of the tour you get the opportunity to sample some local snacks. On clear days there is a spectacular view of the Gulf of Nicoya. The tours last approximately 2 hours, but could run a little more depending on the interests or number of people.

In addition, you will learn about coffee production and can help you collect coffee, see how coffee is dried, and see the machines that process and toast the coffee beans. After the tour, visit the Family House to taste an aperitif (Traditional of Costa Rica) with coffee and lemonade sweetened with cane sugar.

Canopy Tour in the Cloud Forest

Without a doubt, the canopy tour in Monteverde is one of the most attractive and exciting activities that you can enjoy. It is a perfect combination of adrenaline, adventure and nature, which together with the beautiful landscape of the cloud forest, will make this tour an unforgettable experience!!

Before you fly by the ziplines, your guides will teach you the proper techniques, including how to perform on the cable line and how to position your body between platforms. When you do start the tour, you will feel like you are flying through the cloud forest!

The Hanging Bridges of Selvatura are an excellent option to appreciate the beauty of the Monteverde Forest. It is an amazing experience!! We pass a few centimeters from the highest branches of the treetops.

During a three kilometer journey, we will pass through bridges located in the tree tops, on heights ranging from 12 to 60 meters. In addition, the length of the bridges is between the range of 50 meters, the shortest, up to 150 meters the longest.This is an activity that the whole family can enjoy! Usually the bridge route takes between 1.5 and 2 hours . 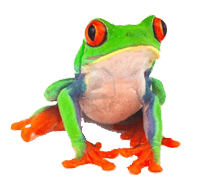